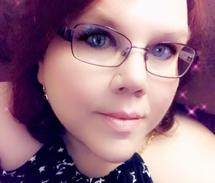 Getting paid to titillate since 2011.

Ginger Voight is a screenwriter and bestselling author with nearly forty published novels. Having covered everything from travel to politics as a nonfiction freelancer, she is unafraid to explore multiple genres like romance, paranormal, and dark, "ripped from the headlines" mainstream fiction with surprising depth.

Ginger discovered her love for writing in sixth grade, courtesy of a Halloween assignment. From then on, writing became a place of solace, reflection, and security. This was never more true than when she found herself homeless in L.A. at the age of nineteen. There, she wrote her first novel, longhand on notebook paper, while living out of her car.

In 1995, after she lost her nine-day-old son, she worked through her grief by writing the story that would eventually become The Fullerton Family Saga.

In 2011, she embarked on a new journey--to publish romance novels starring heroines who look more like the average American woman. These "Rubenesque" romances have developed a following thanks to her bestselling Groupie series. Other titles, such as the highly-rated New Adult series, Fierce, tap into the "reality-TV" preoccupation in American entertainment, which gives her contemporary stories a current, pop culture edge.

Known for writing gut-twisting angst, Ginger isn't afraid to push the envelope with characters who are perfectly imperfect. Whether rich, poor, sweet, selfish, gay, straight, curvy or svelte, her characters are beautifully flawed and three-dimensional. They populate her lavish fictional landscapes and teach us more about the real world in which we live simply through their interactions with each other. Ginger's goal with every book is to give the reader a little bit more than they were expecting, told through stories they'll never forget.

"Ginger has the amazing ability to write in a variety of genres, from hot romance to straight horror to hilarious comedy, which is a talent few writers possess. Some of Ginger's work is bold and sometimes uncomfortable, because she often deals with issues many of us would rather turn away from. Yet in other works, she gives us one hell of a good time with characters you can never forget once you've met them!" - writer/producer Marie D. Jones, Where's Lucy? Productions